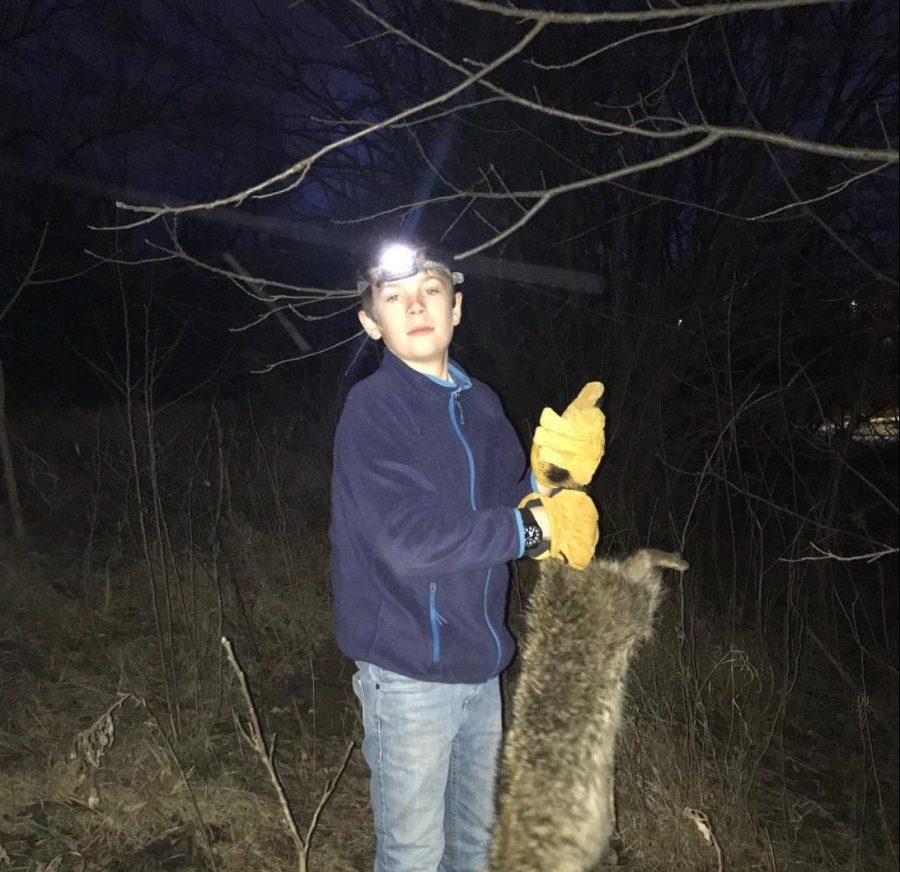 Hugh Griggs holds dead racoon. Griggs has recently taken over a bee colony as their lord and savior.

One may know Hugh Griggs to be a precocious, jolly and clever seventh grader; however, soon he will have a new descriptor: beekeeper. Griggs has been accepted into the Northeast Kansas Beekeepers Association Youth Scholarship Program. According to the program’s website, the scholarship is aimed to “promote beekeeping opportunities for a young person,” and Griggs was this year’s recipient. To win the bees, Griggs had to write two essays as well as be interviewed by NEKBA.

According to Griggs, his tasks are to “maintain the beehive that NEKBA has given [him], keep bees for at least one year, attend at least 8 NEKBA meetings and keep detailed records of the activity.” Griggs’ family already has some interesting animals to take care of: 34 chickens, 13 ducks, five pigeons and one turkey. The bees will be another unusual addition to their assortment. Griggs adds, “I am not only interested in just having my honey; I’m also interested in selling it.” Griggs will be allowed to keep, and sell for his own profit, whatever honey is produced by the bees he is given. However, he is also focused on the ecological benefit, saying, “More importantly, it will improve the health of the Kansas ecosystem by adding pollinators.” He also adds, “I think that beekeeping should be more common, for it improves the ecosystem and, of course, gives you honey.”

The Chronicle • Copyright 2022 • FLEX WordPress Theme by SNO • Log in